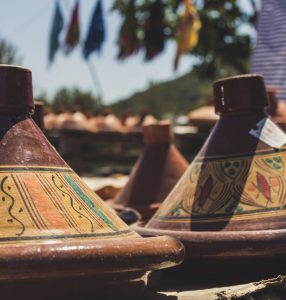 Years before some people in Africa came to accept the Abrahamic religious beliefs which are the Christian and Muslim religion, Africans practiced traditional religion and believed in diverse myths.

It would have been easier if African religion were scriptural (I.e. written down) but it was passed down orally through festivals, songs, and folktales, which makes it quiet hard to get enough information and resources on it unlike the Abrahamic religions whose origin stems from the Hebrews and Jews.

The African religion centers on a belief in life after death, beings with spiritual and mystical powers, one creator, gods and goddesses, priests and priestesses.

The traditional religion of Africans was quickly swept under the carpet in the early years of our forefathers by the introduction of the western religion, which was easily done because unlike the western religion (Christianity and Islam, which is also called, The Abrahamic Religion), the traditional African religion were not written down, and so the new generations had no were to look for the history of their culture and people. Moreover, their parents who would have been the best people to pass on this religion, culture or beliefs to them, have long been converted to the Abrahamic religions. 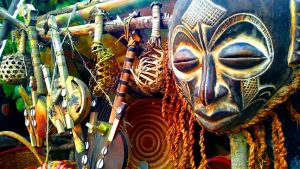 The purpose of this article is to help every African indigene understand their root and where they came from; Marcus Garvey puts it simply, “A person without the knowledge of their past history, origin, and culture is like a tree without roots.”

As much as we all have made decisions on our beliefs and values, knowing our roots and heritage helps us know the kind of people our fore parents were and what kind of lives they lived that led us to where we are today.

Knowing our history, cultures, and beliefs leads us to ask so many questions, like, what were the thoughts behind these beliefs? Those notable gods and kings that are highly spoken of in the African mythology today, what kind of persons were they that made people call them gods?

Africa comprises of more than 50 countries, with each having its ethnic groups, diverse languages, traditions, customs and beliefs; yet there is oneness in the traditions and values of their beliefs. Although, each countries in Africa are different in their own unique ways, when it comes to their traditional religion, they believe in the same things and value the same things.

Some of the Beliefs of the African Traditional Religion are:

Belief in the Creator

The African traditional religion believe strongly in the existence of a God. They also belief that there are several ways to reach this God, which is why they consult different gods who they believe are intermediates to the one God. They see God as the creator; the invisible Great God who can’t be classified under a gender. They believe He is a just, loving, great, and perfect God whom they cannot access as humans because they are too unrighteous or imperfect to relate with him.

They reach God through prayers, incantations, songs, sacrifices, offerings and dedicating themselves or their children to God. The priest and priestesses are usually the people who are known to be holy enough to reach out to the gods who will in turn reach out to God, the creator. In some parts of Africa, like Uganda, some priestesses devote their lives to God for a long period of time before they finally get married to humans. At the stage of their devotion, they usually regard themselves as ‘married to God.’ 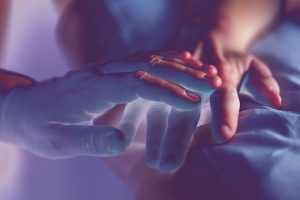 Africans have a widespread belief in spiritual beings. They believe these beings are the intermediaries to God. Some of these spirits are personifications of heavenly objects, some are nature, some are the spirit of humans who wrought powerful works while they were alive.

These nature spirits they worship are the sun, stars, thunder, mountains etc., they also believe the spirit of humans who were able to control these natural things when they were alive, is to be worshipped.

According to Encyclopedia.com “Some communities, especially in West Africa, have “divinities,” spirit functionaries prominent in the life of the community. This particularly reflects the political structure, with the queen or king at the top and various chieftains or ministers below. These “divinities” have been said to have assisted God in the ordering of the world; others, to be in charge of aspects of nature like the weather, earthquakes, and epidemics.”

So, the African traditional religion believed in these spirits and they constantly summon them in other to reach God through them. 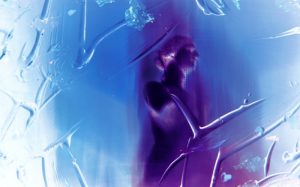 Africans have a deep rooted belief in Mystical powers. They believe these powers are given by God. And it is used for protection, interacting with spirits, predictions and prophecies. These powers are also rooted in magic, sorcery, and witchcraft.

These powers are not chaneled or used by just anybody. It is allocated or sourced by certain people in the African religion; like priests, witch doctors, seers, and diviners.

The practice of magic and sorcery is not really a cherished practice among the Africans, because it is sometimes used to perpetrate evils, discords, and manipulations in families and communities.

When you read African stories centered on the traditional religion, you will come across various examples of traditional practices that led to the dissolution of families and communities.

Books like Dreams and Assorted Nightmares by Abubakar Adam Ibrahim or Things Fall Apart by Chinua Achebe are books with interesting stories on the practice of African divination and their effect on the society.

However, these powers are also sometimes used positively, they are used to provide answers when mysterious problems arise in the community.

Belief in Life after Death 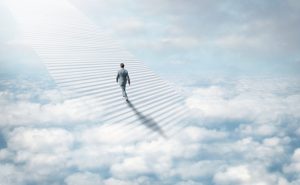 It is almost a general belief in the whole of the African continent that there is life after death. People believe that there is another world in the spirit inhabited by the dead spirits and gods of the land. They believe these spirits are located in deserts, undergrounds, and mountains. According to these beliefs, the spirit of the dead loved ones are usually present during major family events, and they also appear to their family members in dreams or through divinations. It is believed by some that in the after life there’s no punishment for evil or good, while some also believe that the acts you commit in the real world will determine the life you will live in the after life. If you were a cruel person in the real world you might live in poverty in the after life.

The living families also honour the spirit of their dead by pouring libations on the floor, naming their children after them, and placing flowers or meals on their graves.

Belief in Morals and Values 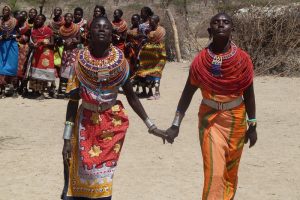 A research on African Religion reveals that the ethics and morals practised in African religion are embedded in their laws, traditions, and values.

Africans place high priority on morals and values, which is why Africa is always seen as the home of respect and morals. Acts like disrespecting one’s elders, sexual sins, lieing, stealing, killing, using sorcery or magic for evil means (like manipulation or hurting one’s neighbor) are seen as immoral and are punishable under the traditional law.

It is also said that some of these offenders can either be killed or beaten, or stoned to death, depending on how aggravating the offense is.

In the African tradition, the moral obligations are mostly placed on women, they are considered moral by what they wear, how they talk, how they act, and how hardworking they are or how much they can please a man.

The man, however, is seen as the protector of the woman and children and is obligated to keep her from abuse or maltreatment.
Apart from the society or the elder’s role in keeping the society sane by punishing offenders and rewarding good behavior, it is also believed that the gods or spirits of the land also punish and reward the people.

The African religion believe in living morally upright; they reward kindheartedness, respect for the elderly ones, (they particularly find young ones who greet elderly ones respectful, they also have special love for young ones who never question their elders (which is a questionable virtue in our generation today).

Furthermore, they believe God is just and morally upright and He expects everyone to live that way, which further strengthens their moral beliefs.

They also believe floods, epidemics, disaster, fire outbreak, famine, war, and other strange ailments or happenings are sometimes punishment from God upon humanity whenever they err.

Belief in Oneness and Community 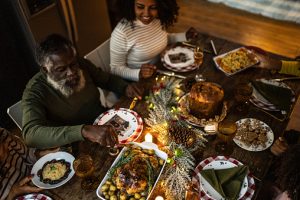 The African Religion believe in oneness and community. They come together to celebrate each other and also hold festivals in thanksgiving to their gods for preserving their lives and properties.

There is always a form of singing, rejoicing, laughter, and dancing among them, wherever they gather to worship.

They not only gather for celebrations, but also mourning, rituals, rites and sad occasions.

This they do in other to always bring everyone together in unity. 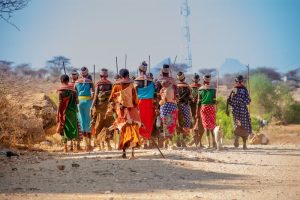 The African Traditional Religion values moral living, kindness, and care among families and communities. They also value respect and doing good. These similarities in the values of religion is what brings every African together as one. It is what differentiates the African tradition and religion from other continents of the world.

Even though the traditional religion has been mostly replaced in various parts of African countries, and most Africans don’t practice their religion, Africans still value their beliefs, customs, culture and traditions today.

Next: Watch out on our blog for interesting stories of the different gods and goddesses worshipped in traditional African history.

Don’t also miss out on our news section, where we bring you News across Africa. Stay posted.