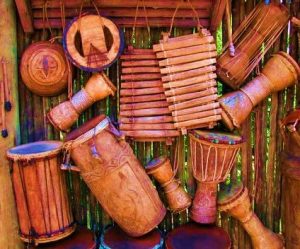 Music is an essential part of the lives of Africans. Music serves as a medium of communication between them. Africans use music for healing, entertainment, and to pass messages to each other.

Music is also used to tell stories (Folktales) in Africa. Music also serves religious purposes. You can tell what religious activity is being carried out by what music is being played. Africans not only sing a variety of songs, they also make music with musical instruments.

Musical instruments serve as a means of communication, entertainment, and festivity to Africans.

These instruments can be used for variety of things which serve different purposes. For example, the musical instruments used by Africans are crafted mainly by them; they use their skills to make instruments out of several materials like wood, brass, raffia, leather, rattles, iron, and bells.

These instruments span centuries and years in history, and today they are still played in communities, villages, cities, and every part of the world.

Some of these popular African musical instruments are: 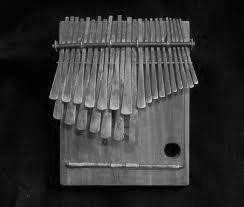 Mbira is a type of musical instrument which originates from the Shona people of Zimbabwe. It is usually made by attaching prong-like metals to a flat wooden surface.

This instrument is played by plucking the prong-like metals with the right and left forefinger while occasionally using the thumb. The Mbira is usually played at wedding ceremonies, religious or social gatherings. However, it can also be found among the people of Malawi.

Mbira can be called other names like:, Sansa, Mbla, Ikembe, Likimba, Kalimba, Sanza,  Marimbula, and  Sansu.

It makes a chime-like and percussive sound when it is played.

There are various types of Mbira; Mbira dzavadzimu Mbira Nyunga Nyunga, Njari mbira; with differences in their sounds and keys.

The Mbira has since been discovered in some parts of Mozambique, Zambia, and the Zambezi River. 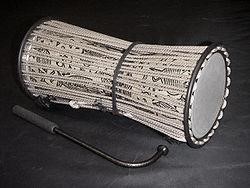 The Talking Drum is a common instrument used in most parts of West Africa. It is used by several people for several purposes.

It is usually used to mimic spoken languages. It has an hourglass shape with two drum heads connected to each other. The history of the talking drum can be traced back to the Yoruba, Bono, and Ghanaians.

It is made with different materials and comes in various shapes and sizes. Some are placed on the ground to be played depending on the size, while some are placed under the armpit and beaten with a carved wooden stick.

Drums can be made of gourds and shells, but the talking drum is usually made of wood.

Drums serve various purposes for Africans: It can be as simple as a Group of people beating the drum for a group of dancers in a place. It can also be beaten to announce the death of a prominent member of the society like a chief or king.

Drums vary in size and sounds. Some drums can only be heard where it is been beaten, while some can be heard from a very far distance.

The history of the talking drum cannot be complete without the story of the deity drummer ‘Ayangalu’, who was said to have been the first drummer among the Yoruba people of Nigeria. He was said to have the power to inspire drummers to play well, and today, we still hear of Yoruba families whose name contains the prefix ‘Ayan’ who are believed to be descendants of Ayangalu.

The Talking drum is a popular type of drum that has been used over the years in popular songs. It is also used in playing Fuji music, Juju music and used for entertainment in weddings and funeral events. 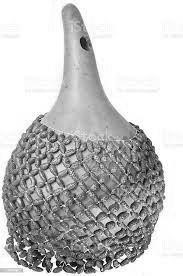 The Shekere is a musical instrument made of gourd-shaped wood. It is adorned with colorful, plain beads and anything that makes a rattling sound. The beads are netted around the gourd with strings or thin ropes. The Shekere is notable for its shaking sound when the bead is beaten against the gourd by shaking the gourd or pulling the netted beads against the gourd.

Shekere has made an influence on music through its shaky and rattling sound.

It originates from West Africa and can be found in countries like Nigeria, Togo, Ghana, Cote d’Ivoire, Benin, Sierra Leone, etc.

The gourds used in making Shekere are usually very strong yet lightweight. It comes in different shapes, sizes, and styles.

Shekere among the Yoruba people in Nigeria is used in promoting their traditional music and religion. It can also serve as a form of respect.

In Ghana and Togo, the Sekere is called ‘Axatse.’ In Sierra Leone, it is called ‘Shaburay.’ 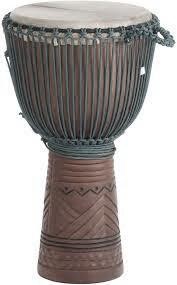 Djembe is a goblet-shaped drum common among the people of West Africa.  There is a saying by the Bambara people of Mali, ‘ Anke dje, anke be’, which means ‘Everyone gather together in peace.’ This elucidates the purpose of the Djembe.

Over the years, Djembe has been transformed from the standard rope-covered drum to a better quality, and excellent sounding mahogany carved drums.

When it is ensembled, the rhythm it creates makes the people gathered around it dance, clap, and sing to the beautiful rhythm it makes. 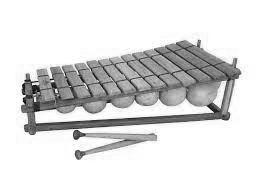 Balafon is an African Xylophone whose name was coined from the combination of Bala (a name given by the Mandikans) and Fon (meaning ‘to speak’). It is a prevalent instrument among West Africans. It was developed in the 12th century during the rise of the Mali Empire and was used to entertain crowds throughout history.

It consists of bamboo frames and wooden keys (the wooden keys used for the first set of Balafon were majorly Rosewood, but as time went on, it became hard to get Rosewood, so other types of hardwoods were used instead).

It takes a skilled Balafon player to play the African Xylophone. It can also be called a Gourd-resonated Xylophone. 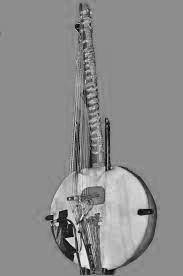 The Kora is a long-necked stringed instrument whose origin stems from West Africa. It was first discovered in the Gambia, and since then, it has been played in Guinea, Mali, Burkina Faso, and Senegal.

It usually comprises 21 strings which are passed through a Gourd Resonator. It is made from cutting a big calabash gourd into two and joining a long hardwood to the gourd with cow skin. This hardwood serves as the neck, and then two wooden handles are used to hold the skin in place.

It is played by plucking the strings of the Kora with the fingers.

The Kora makes a melodious sound like that of an Harp or sometimes a Guitar, depending on how it is played.

Kora Music has also been used to communicate the need for peace and unity in some African countries. 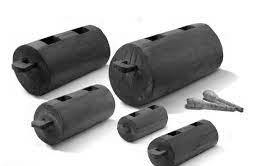 Ekwe is a traditional instrument made by the Igbo people of Nigeria. It is carved out of a wood or tree trunk. It also comes in various sizes and designs.

It is a type of drum carved rectangularly with slits in the interior. It is played with a wooden stick or mallet.

It is mainly used during the Igbo cultural events or for entertainment during marriage or funeral ceremonies. In addition, it can be used for celebrations or to announce an emergency.

Ekwe can also be found in Cameroon. 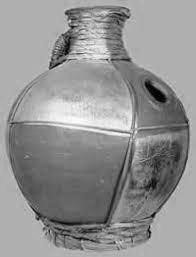 The Udu is a musical instrument played by the Igbo women of Nigeria for ceremonial purposes. It is made of clay, ceramics, and metals and molded in the shape of water jugs and pots with holes on the sides.

The women play the udu by hitting the big hole on the udu with their hands, producing a brass sound. The sound can be changed by repositioning the hand above the upper hole.

The Udu is widely played by Percussionists in Ghana and some other parts of the world today. 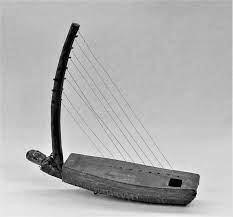 Ngombi is traditional instrument that can be found among the Fang/Kele people of Gabon or Equatorial Guinea in the central parts of Africa.

It dates back to the 19th century and can also be called the Arched Harp because It is triangularly shaped like an Arched Harp. It is made by attaching strings to a leather or snake skin-made soundbox and carved wooden neck fitted with tuning pegs.

It is classified as a Chordophone-Harp musical instrument.

Sculptors carved faces on the harp to depict images of dead people and spirits. It is sometimes used to portray. When the images are whitened with Kaolin, they use this to express the sacredness of the harp.

Ngombi is played mostly by men in ceremonies, rituals, and other forms of entertainment.

Some religious organizations, such as the Bwiti in Gabon, used the Ngombi to foster communication between the living and the dead. 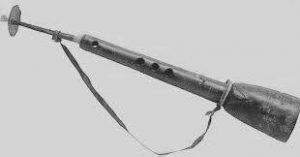 The Algaita is a trumpet-shaped bell common among the Hausa and Kanuri people in the northern parts of Nigeria, West Africa. It dates back to the 20th century where the Hausa people carved wood, metals, and leathers to make sonorous sounds which brings calm to the atmosphere.

It is a double-reed wind instrument constructed like a trumpet; it has open holes in which the fingers are placed when played. This distinguishes it from the trumpet, in which keys are carved instead of holes.

The Algaita is a special instrument used only in the presence of Governors. Nevertheless, it has been used throughout the world by musicians.

The parts Africans play in the history of music have always been disregarded. Apart from drums, whose origination is usually associated with Africans, there has always been a belief that Africans do not have other musical instruments.

To Africans, musical instruments are not only for making music, but it is also a part of the culture, religion, and beliefs.

Some carvings in the instruments are symbolic and significant to a particular culture or tradition.

Below is a list of musical instruments that were usually said to have been from other parts of the world but are actually from Africa:

Hanno the Carthaginian, who recorded a brief visit to the west coast of Africa in the 5th century BCE during a naval expedition, noted wind instruments as well as percussion. Of an island within the gulf of “Hesperon Keras,” he wrote:

“By day we saw nothing but woods, but by night we saw many fires burning, and heard the sound of flutes and cymbals, and the beating of drums, and an immense shouting. Fear therefore seized on us, and the soothsayers bid us quit the island.”

African music continues to thrive as music has now expanded from what it used to be Jùjú, Fuji, Makossa, Highlife, Kizomba, Afrobeat to new and improved music genres like  Blues, Jazz, Hip Hop, etc.

Today, African music is loved and heard all over the world.