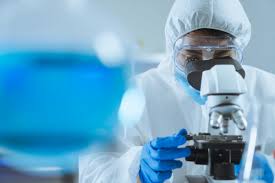 Recently, there has been an ongoing travel ban issue on some countries in Africa and so much is been done to curb and manage the situation. So many unexpected responses have also been given concerning this matter.

This travel ban placed on some african countries by the United Kingdom, U.S.A, and Canada has caused uproar and reactions from different countries, one of which is Botswana.

On the Canadian travel site, there is a risk level warning for Canadians in Botswana or those who plan to travel to the country. It says “Avoid non-essential travel to Botswana due to very limited travel options. If you travel to Botswana despite this advisory, your travel plans may be severely disrupted, making it difficult for you to return home.”

This new development caused Dr. Sikhulile Moyo, the Botswana scientist who discovered the new Omicron Variant to speak out in an interview with The Associated Press on Thursday night. He said “Is that how you reward science? By blacklisting countries?”

“We should be collaborating and understanding.”

This statement he made as a result of the travel ban placed on some african countries because the omicron variants was discovered there.

According to Africa News:

Moyo was doing genomic sequencing of COVID-19 samples at his lab in Botswana two weeks ago and noticed three cases that seemed dramatically different, with an unusual pattern showing multiple mutations.

He continued studying the results and by early last week, decided to publicly release the data on the internet.

Soon scientists in South Africa said they had made the same findings and an identical case in Hong Kong was also identified.

A new coronavirus variant had been discovered, and soon the World Health Organization (WHO) named it omicron.

It has now been identified in 38 countries and counting, including much of Western Europe and the United States.

And the U.S. and many other nations have imposed flight restrictions to try to contain the emerging threat.

This omicron variants of the Covid 19 virus has caused an uproar in the world and among scientists because not much has been discovered about it, but yet this little seems more dangerous than the former.

In weeks and months to come, scientists will be working vigorously to discover more about this variant and also determine what the world should expect.

South africa is also not left out of this situation, the country has reported over 16,000 new Covid cases since November which has resulted to about 200 new cases per day.

The new omicron variant cases have also increased to 200, while Botswana has detected 19 cases.

These cases have also been detected mostly in people who were not vaccinated.